Nobody drinks even from the tap in Parkersburg 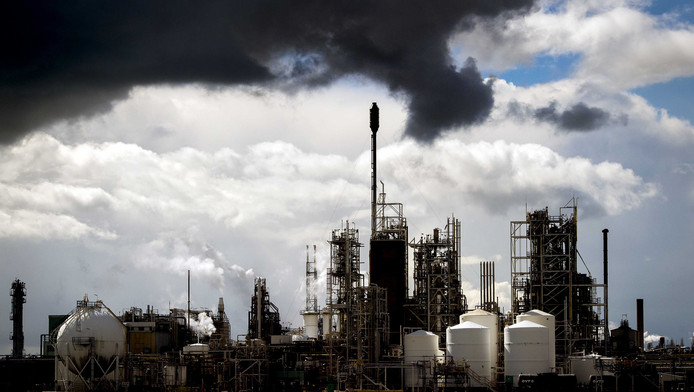 Every morning when she gets dressed, Carla Bartlett looks at the scar that runs from her belly to her back. It reminds her of everything put her life since 1996 upside down. The tumor was removed from her body. The fear that the disease returns. But the lawsuit, which she would ultimately make the headlines as the woman who got a billion dollar company to its knees. ,, I still think sometimes: happens to me all this real? I am a mother of two from Ohio. All I want is a normal life. ” Bartlett (51), a secretary in the rural village of Coolville, gives first interview. Earlier they did not like it.Supported by a cane and a good friend she arrives at the appointed place. ,, It is not nothin ‘to fight as a simple woman against such a large company,’ ‘she says.,, The pressure was enormous. The last 20 years were tough. “” Growing up is told Bartlett in November 1996 that she suffers from kidney cancer. She then just had a son. ,, I thought: this is it? Alex has to grow up without a mother? But thank god the surgery went well. I thank God every day for that. ” A few years later she gets an invitation to a blood test. It has to do with C8, a substance which she has never heard of, but which can cause kidney cancer, according to experts. ,, And from that test came when I was in my blood too much of that substance.I drink tea, lots of tea – and that stuff turned out to be in our tap water. We knew a lot. I knew that the DuPont plant existed, but not that she threw garbage in the water. ” Horrid Bartlett joins forces with a lawyer who would represent her interests, like those of many others in the area. After years of research is calculated her case in 2015 first brought to justice. For three weeks she sits between her lawyers in court, listening to experts who all give their opinion about her situation. ,, It was horrible, ” she says, in tears. ,, In front of the world’s lawyers Dupont told that I was obese, I had gotten cancer from over there. It was all my fault. It was so disrespectful. I just thought: why am I doing this? Why am I sitting here? I want to go home.”