Residents Sue Firms for at Least $5 Million Over Tainted Water 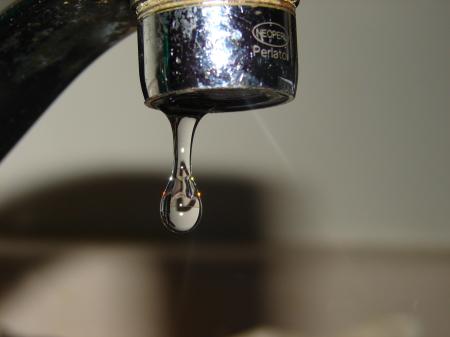 Attorneys filed a class-action suit Friday against the company they say has poisoned more than 500 Bennington and North Bennington residents through mismanagement of a toxic industrial chemical.

The complaint accuses Saint-Gobain Performance Plastics, and the company it purchased in 2000 called Chemfab, of negligence, battery, trespass and other violations. The suit says the companies did it by polluting the air, soil, surface water and groundwater with a carcinogenic compound called perfluorooctanoic acid, or PFOA.

The plaintiffs suffered “deleterious long-term physiologic alterations and damage to their blood, liver, kidneys, immune system, and other organs,” along with diminished property values, loss of the use of their wells, and other harms, according to the complaint.

The plaintiffs include four named Bennington and North Bennington residents, as well as most of both towns’ residents who live in what the state has designated as “areas of concern” due to proximity to the company’s former manufacturing facilities. These people probably number well over 500, the complaint alleges.

The suit is seeking damages of at least $5 million, although it says the exact amount will be determined through the proceedings. It also seeks to force Saint-Gobain to remediate the local aquifer, replace affected residents’ wells with municipal water supply connections, and take measures to prevent further PFOA contamination. The suit also seeks long-term medical testing for the plaintiffs.

The complaint alleges that both Chemfab and Saint-Gobain “have long been aware of the persistence and toxicity of PFOA,” through communications with users and manufacturers of the chemical.

PFOA was used in the manufacture of Teflon until companies phased it out in 2015.

A class-action lawsuit a decade ago in West Virginia revealed that one of the chemical’s former manufacturers, DuPont, knew as early as the 1950s of PFOA’s toxicity. But that information didn’t become public knowledge until this century.

DuPont paid $70 million in settling the West Virginia suit. That suit also forced the company to fund a massive study of the more than 70,000 West Virginians who for decades had been drinking water contaminated with PFOA.

Through the suit, researchers learned that the chemical is associated with several cancers, lymphoma, colitis, thyroid disease and other ailments.

The newly filed lawsuit alleges that the two companies dumped PFOA down floor drains, sent it into the air through smokestacks, discharged it onto the ground outside the factories, and shipped it to the Bennington Landfill.

The suit is being brought by Emily Joselson and James Swift, of Middlebury-based Langrock, Sperry & Wool; David Silver and Timothy Andrews, of the Bennington firm BarrSternberg; and Patrick Bernal and Robert Woolmington, of the Manchester Center firm Witten, Woolmington, Campbell & Bernal. They are joined by three attorneys from the Asheville, North Carolina, firm of Davis & Whitlock.

Saint-Gobain has pledged more than $4 million for clean drinking water, filtration and water testing for affected Bennington and North Bennington residents, according to state estimates. The state is seeking at least $10 million more from the company to hook up the homes of residents with contaminated wells to the municipal system.

The attorneys have demanded a jury trial in Vermont’s U.S. District Court.