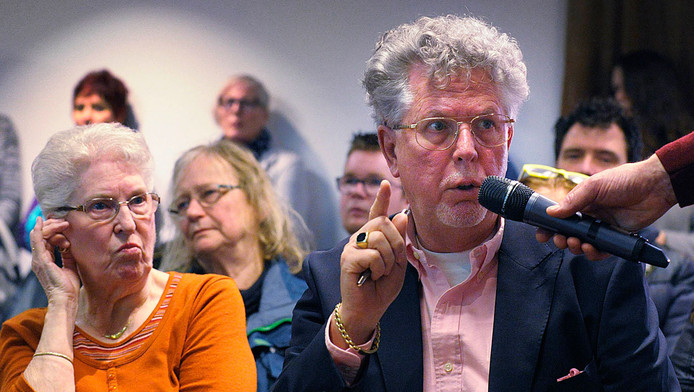 “I want to make people worried, but I think we have a serious issue.”

Alderman Rik van der Linden of Dordrecht called the evening great positive. But others remained the suspicion remained and there are loads of question marks. ,, I know that we are called dozens of times between 2000 and 2010 by DuPont because there was a leak. Then we had to close windows and doors. Local residents knew that too? Did you know that? ” An employee wanted to know who was working near DuPont. ,, We are concerned. ” RIVM implored the toeluisteraars that they have nothing to fear. For example, if there have been in the past C8 in the blood of residents of the Dordrecht plant, then according to the RIVM substance in the blood long since shrunk to levels far below the critical limits. ‘Serious Case’ Ex-councilor Mary Ruisch of GroenLinks is anything but assured. ,, Nothing is clear, ” she says. ,, I want to make people worried, but I think we have a serious matter. People who are worried suffocate, should be able to examine their blood, they lie awake. “” The three Americans, Doctor Paul Brooks, Jeffrey Dugass and Mark Fleischman of Keep Your Promises DuPont, gave in their numbers and experiences. Ruisch was impressed. ,, Those people are hitting good information. “” Director Erik Meijer Chem Ours announced yet offering blood tests to retired employees. Earlier it was still restrained by the company. ,, But we see growing anxiety and want to take away. “” Local residents get that research is not. ,, The RIVM study indicates that local residents are no reasons to worry, ” said Meijer. A flood of questions were fired at him last night. A tough period, he said. ,, But I am going with his head in. “” A staff member called the pillory which nailed DuPont ‘a disgrace’. According to Jeff Dugas of Keep Your Promises, the situation in Parkersburg similar to the Dordrecht. ,, The factories are the same, the product was the same. DuPont knew about the harmful health effects. And she never told anything. ” Henk Klapwijk of the Department of Youth and Health advised the people not to do blood tests at their own expense. He is also against a large population. ,, We advise the government to do any large population, ” he said. Stupid, says Jeff Dugass of Keep Your Promises DuPont. ,, If you want to protect the health of the population, you have to look for answers. ”Dordtenaar Ingrid Boat lives on the tail. ,, I am sensitive to chemicals. I want to DuPont test. Not I, but they need to betallen. It is their mess! “